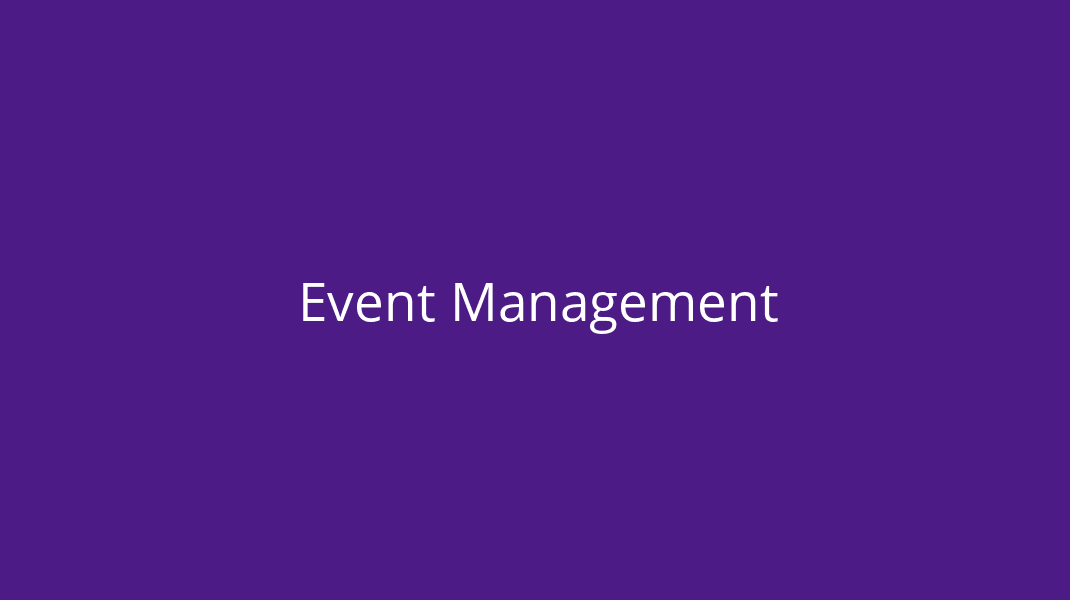 The world is changing by leaps and bounds and transforming the finer details of our lives—at home and at work—in the process.

Another year is winding down and with that comes revived hope and speculation about the future. The event trends of 2020 have been predicted to continue puttering down the path of personalization on everything from tailor-made breakout sessions and content to live interactive events and data-driven, if not predictive, experiences. In the realm of event design, cyber-to-site event security, sustainability and a sense of ease with and reliance on technology will soon become the norm. The standout event trend, however, is arriving on the scene as a global collective shift in priorities during the new roaring ‘20s, as buzz words like sustainability, diversity and equality transition into reality and the quandary of people-profit-purpose are hotly debated and solutions are explored.

The global travel community should see the completion of many of its sustainability initiatives in the ‘30s, particularly when it comes to air travel and cruising, which will lead the way in biofuel and biometrics innovation. This is the era scientists view as the tipping point of climate change—for better or worse. As such, the UN Sustainable Development Goals wrap up in 2030, hopefully having inspired and achieved positive environmental and socioeconomic changes across the globe. Increased expectations for health and wellness in business travel and events, ethical experiences and cultural engagement are expected to clash wildly with the onslaught of overtourism and overconsumption, forcing suppliers and buyers to recalibrate their programs.

All of these changes throughout the 2020s and ‘30s will shake-up the events industry, but nothing will compare to the new frontier that awaits in 2040. Here are seven major game-changers.

Back in 2019, conversations on the importance of diversity and inclusion are sadly only now getting started. By 2045, however, the US as a whole is projected to become a majority minority; only 45 percent of 30-year-olds will be non-Hispanic whites in 2040. According to the Pew-Templeton Global Religious Futures project, 2040 will also see Islam become the second most popular religion in the US, while nearly 1 in 4 people will have no religious affiliation. And with a record-breaking share of the population, immigrants are expected to carry the brunt of the economic load created by Baby Boomers and Gen X-ers. These demographic shifts will inevitably change the narrative around diversity and inclusion and what it means to create diverse and inclusive events.

Millennials will be largely in charge of the economy by 2040 as they overtake Baby Boomers as the largest generational cohort. This generation is the most educated and tech-savvy of our time, and possesses the most educated women of our time with nearly 43 percent of millennial women achieving a bachelor’s degree or higher. The topic of gender equality will reach a threshold of no return as demand becomes expectation. The millennial generation has also experienced the world in a very different way than generations prior, as advances in technology and the Internet have vastly changed the landscape of social interactions, learning and entertainment. This is already beginning to have an impact on events and will only continue to make a mark in years to come.

Nearly 90 percent of the US population is expected to live in urban areas by 2040, according to UN projections. This in itself will bring new challenges to infrastructure, transportation, etc. and event planning overall.

The US’ overall GDP will be surpassed by China and India by 2040, while GDP per capita will still be higher in the US. Emerging economies will hold increasing amounts of global power, some surpassing OECD countries.

The threat of domestic terrorism, i.e. gun violence and other forms of terror, including cyber tampering, will be more heavily ingrained into the minds of 30-year-olds and those born after the 9/11 terrorist attacks on the World Trade Center than other acts of terror or war. Most veterans from the Vietnam era or before will be gone, thus changing the overall perception of domestic vs international security.

Cities on the coasts will be dealing with a new bag of challenges due to rising sea levels, which are expected to be up to a foot higher than today globally. Temperatures are expected to rise in nearly every city in the US—summers in the Southwest warming by 4 degrees on average—and more intense and unpredictable weather will become the norm. This means days where it’s just too cold or too hot to go outside, as well as heat waves that could last a month or longer. The impacts on tourism could also mean little snow at ski resorts, slowed agriculture, drying rivers and the threat of all too risky floods, snowstorms and hurricanes.

The relationship between technology and humans will grow ever deeper by 2040; many jobs currently performed by humans will be in the hands of AI. Advances in energy sectors, the Internet, transportation, neuroscience and more will inevitably change the way we interact with the world around us, essentially redefining what makes us human. While 2040 will most certainly usher in a new frontier for meetings and events, its essence will remain the same: this is an industry that is for the people by the people. What we choose to carry into the future is what defines us.