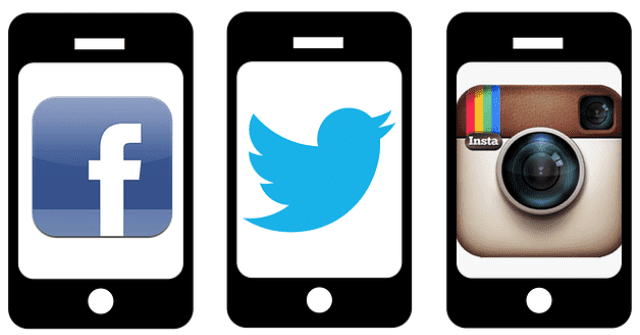 Law
Market More For Less With Social Media Micro-Influencers
More is usually better in marketing. More followers, more posts, more stories. But sometimes, less is more and less can indeed be better. That is the case of micro-influencers, those caught in the huge existential gap between a normal social media user and a top-notch influencer or an A-list celebrity on Instagram, Twitter, Facebook, or YouTube traditionally. While their reach pales in comparison to the stars, they have recently become the go-to options for marketers on a budget when it comes to influencer marketing. Who are these social media marketing micro-influencers? Why work with them? How does your company work with them? Let's start from the beginning...
Who Are Micro-Influencers?
Firstly, let’s address the paramount question of who are actually considered micro-influencers. The birth of social media has gifted many individuals platforms to showcase their talents and voice their opinions. As time passes, those who managed to strike a chord with a significant number of users would amass a pool of followers. While many may be familiar with  top social influencers  such as Gary Vaynerchuk or Jenna Marbles, a new wave is rising in the influencer industry. They are not A-listers and may not have millions of followers but within their circle of influence, their voices carry very significant weight. The word ‘micro’, like any other adjectives, is highly subjective. Although different businesses and agencies have their own interpretation of what qualifies one as a micro-influencer, the general consensus is someone with 10,000 followers – 100,000 followers on a single platform.
Why Work With Micro-Influencers?
Parallel to the situation of publishing houses’ advertising rate, the smaller the reach of the influencer, the less costly they are to engage. This is a great news for small and medium-sized enterprises with tighter marketing and public relations budgets. However, the relatively more affordable price tag is not the only reason marketers are flooding the inbox of these rising influencers with invites and proposals. According to a widely-publicized research by Markerly, the engagement rate and number of followers of  social media influencers  are inversely related beyond the 1000 followers threshold on Instagram and Facebook, an effect similar to the law of diminishing returns.
As the follower base grows beyond 1,000 followers, the engagement figures relative to the size of the follower base starts to fall. These findings by Markerly are also further supported by statistics from Hello Society on the engagement level of micro-influencers. The driving forces behind these impressive figures: niche and authenticity. Despite the smaller number of followings, what sets a micro-influencer apart is a relatively more defined audience. Their contents are centered on single or a combination of interests such as fashion, sports and travel. Aside from being ‘experts’ in their field of interests, successful micro- influencers  also tend to take independent stances instead of acting purely as corporate mouthpieces, making them generally, or 92 percent according to MuseFind, more trusted sources compared to traditional marketing channels in the age of Adblockers.
But in doing so you give up a small modicum of control, which can be unappealing to some businesses. But if you need to have absolute control over every single detail of a micro-influencer’s post, you probably should not be engaging one in the fist place.
How Do I Work With Micro-Influencers?
To engage micro-influencers, first identify them. The most obvious ways to do so is through the brand’s list of existing followers or through relevant hashtags. After identification, the next step is to assess if the influencer’s image and follower base match with the brand’s positioning and target market. As they usually strive on a strong sense of individuality and a defined scope of influence, pushing a product that is not of interest to the influencers and irrelevant or inaccessible to their followers would only be a waste of resources. When a match is found, drop them a message with your invitation or a proposal. If the process seems too tedious, a PR agency with an established network of contacts should be able to get the work done. Focus on building a long-term working relationship that would benefit both the brand and the influencer. Strong brand affinity is a better currency than a fat paycheck!
Nonetheless, while it may seem extremely appealing to work with micro-influencers, one must never forget that other forms of communication are just as important.  Micro-influencers  and influencer marketing are important but without a holistic marketing plan to coordinate and integrate different marketing and communication channels, the outcomes will always be confined to the number of impressions, likes, clicks, shares, and comments. You need to make sure those impressions, likes, comments, shares, and clicks will convert into paying customers one way or another.
I hope you enjoyed this article about how to market more for less with social media micro-influencers instead of expensive macro-influencers.
Interested in more articles about influencer marketing?
Read My Posts: